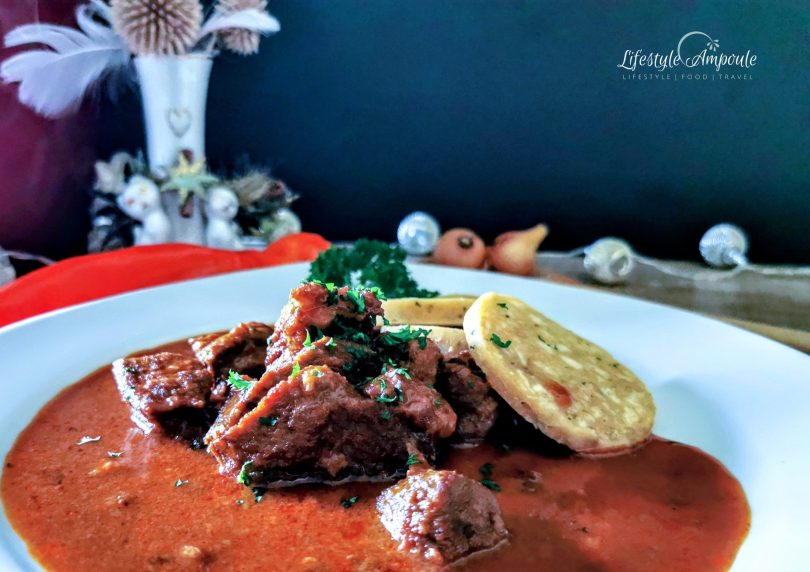 A delightful one-pot recipe, full of tender meat and beautiful spices, goulash is the hearty meal you want for those winter months. This flexible dish pairs perfectly with almost any carb.

During my time in Austria, I have grown to love Goulash. This dish originated from Hungary and is written “gulyás” in Hungarian. The literal translation of “gulyás” is herdsman or shepherd, as this dish was created by them. Back in the 18th century, many herdsmen on the road only had a few ingredients at their disposal. When it was time to make food, they would throw what they had into a pot and cook it – this dish eventually became synonymous with herdsmen. 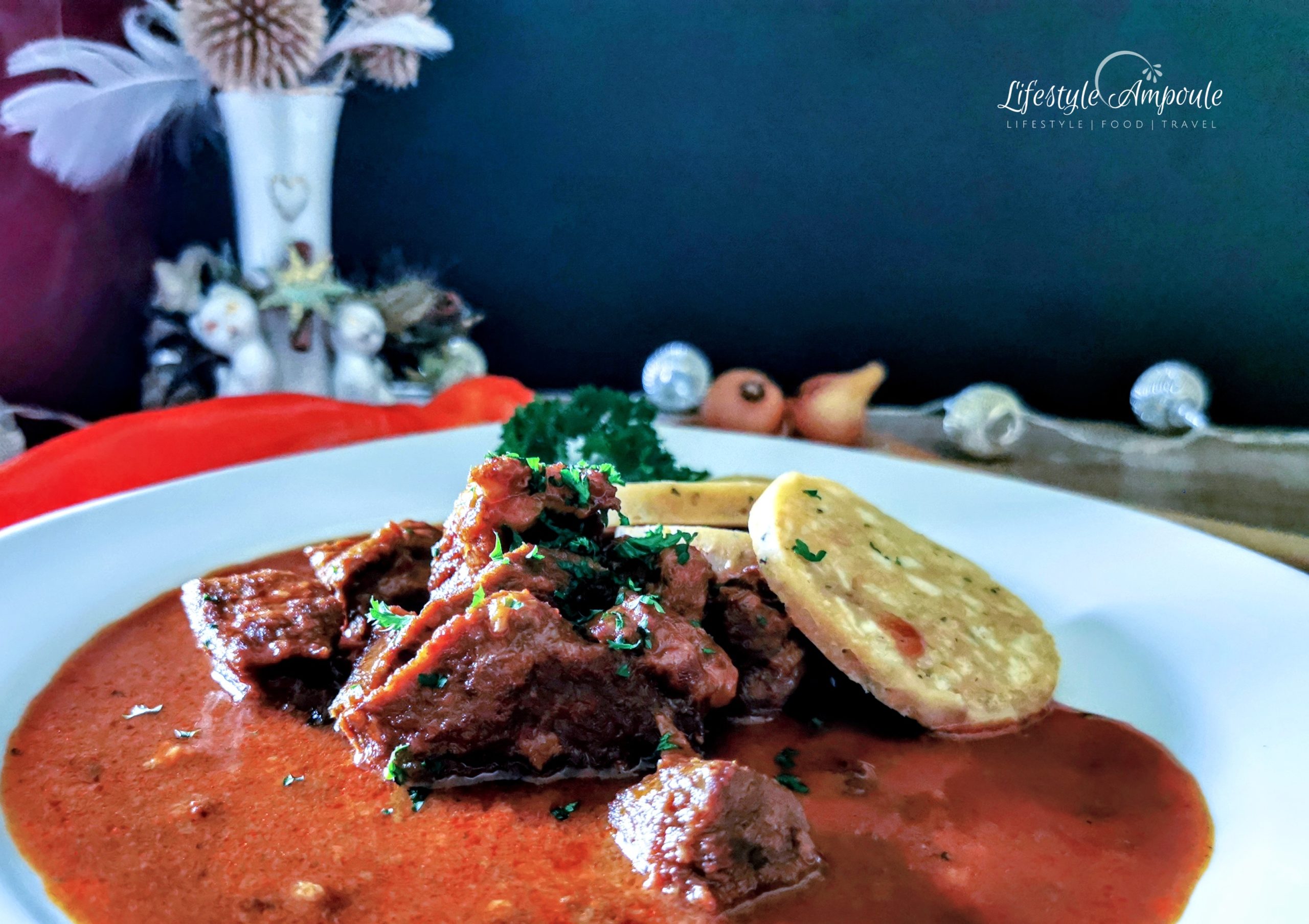 The dish today has evolved quite significantly, but it still holds a lot of tradition and history. In today’s recipe, I will teach you how to make the Austrian’s take on this traditional Hungarian goulash. As Austria and Hungary are next door neighbors, the two goulash styles are quite similar but have their slight differences. To make a delicious, genuine, Austrian beef goulash stew, the key is using a lot of onions and high-quality paprika powder.

This stew recipe is flexible and, just like those herdsmen, you can add anything you have into it. When I want to make the dish healthier, I add potatoes and carrots for that extra nutritional value. If you are going to add vegetables, it is best to use harder vegetables over softer ones like spinach. I usually serve Austrian goulash with a side of mashed potatoes or pasta. Bread is also a good side when you want something a little lighter. But really any carb works well with goulash stew!

Searing all the beef first takes a bit more time than just throwing it into the pot directly, but it will bring out a much better texture and flavor to the goulash. When cooking the meat make sure not to overcrowd the pan. This will cause uneven cooking of the meat and less caramelization. When it comes to meat, even cooking is incredibly important.

This recipe does take quite a while to cook, as you want the meat to get really tender. But, if you don’t have the time to check in on your goulash throughout the simmering process, a crock pot could work better for you. It will cook everything for two to three hours, without you having to worry about it. If you are going to use a crock pot though, I still recommend browning the meat ahead of time to give that deep caramelized flavor.

Although this is a meat-centric dish, it can be made vegetarian quite easily. Instead of beef you can use tempeh as your protein, and veggie broth instead of beef broth. It will likely cook a bit quicker since you won’t have to wait for the meat to get soft, so keep an eye on the tempeh until you get the texture you like.

Goulash has become one of my favorite meals in my new home of Austria. I hope you give it a try and enjoy it as well. How do you cook goulash in your country? How does it differ from Hungarian or Austrian goulash? Let me know in the comments, I’d love to try your version of goulash!

If you are looking for more beef recipe, please try my Filipino style beefsteak recipe. 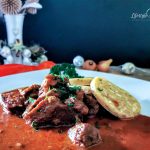 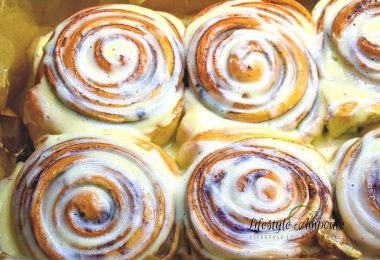 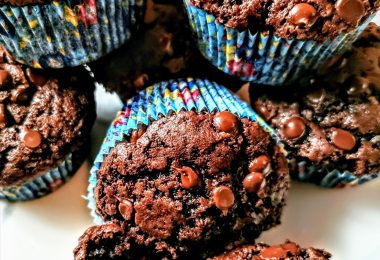