Home » The 8 Rules of Kindergarten – A Reminder For Adults The 8 Rules of Kindergarten – A Reminder For Adults

Though it may just look like a lot of roly pollies and aimless splattering of paint, kindergarten serves a key role in a child’s early development.

In many ways, it is a person’s first peek into the ‘real world’. Kindergarten mimics certain aspects of adult society, albeit on a level that is safe and comprehensible. It’s a bit like going to work, except with no responsibility, lots of cushions, and random dance intervals throughout the day.

That is to say, kindergarten provides a child with their first sense of order and structure outside the home.

In keeping with this faux ‘real world’ environment, kindergarten is usually governed by a defined set of rules. Not wishy-washy stuff that can be bypassed with a decent lawyer – I mean uncomplicated rules that are aimed at teaching children baseline levels of conduct.

In truth, these rules are foolproof enough to serve someone throughout their time on earth. But for reasons that are rather mysterious, the education system only reinforces them until around the age a person stops regularly peeing their pants.

As such, by the time adulthood rolls around, they have largely been forgotten. The fallout is countless fully-grown humans wandering around behaving like toddlers. Not ideal.

With that in mind, it’s useful to intermittently have a refresh on these basic tenets. So that’s what we’re going to do.

Boys and girls, put away your Pinterest quotes and Buddhist philosophy, because today we’re going to reverse gears. Here are 8 stupidly simple rules of Kindergarten (for use in adult life):

(The following rules are loosely based on those listed in Robert Fulghum‘s book (“All I Really Need To Know I Learned In Kindergarten”.)

This is number one for a reason; whether you’re 5 or 55, resorting to violence rarely solves anything. It’s quite stunning the amount of adults whose first reaction to a slightly funny look is to take off their shirt and point at the floor. Buddy, this isn’t the animal kingdom, and you are not a lion. This is the supermarket. Put your clothes back on.

Conflicts and disagreements are always best resolved through words. Sideways glances are not a declaration of war, and should be ignored every time.

Apologise When You Hurt Somebody

If you do clout someone – which you SHOULD NEVER EVER DO, YOU DISGRACEFUL PERSON – then you must tell them that you’re sorry. And not a Mean Girls rolly eye sorry – say it like you freakin’ mean it. Don’t apologise like it’s an obligation. Look into their soul and admit you screwed up.

Sometimes, a sentence or two simply won’t be enough. In instances where you’ve hurt someone emotionally, proving your remorse may require greater action. Buying the person dinner, or a small gift (such as luxury sports car), can go some way to repairing the damage. A flood of text messages at 2:00am is another timeless method of expressing your sorrow.

The hyper-capitalist world in which we live is constantly conditioning us to be possessive, yet being possessive feels like garbage. Weird, huh? Sharing on the other hand is a glorious feeling, and is mutually beneficial for all parties.

If you’re fortunate enough to live a life of abundance and opportunity, then sharing it with others, is imperative. Especially you, Bezos – stop being greedy and share your stuff. I know you’re reading. Even if your net worth is sub 190 billion dollars, there’s no reason not to share the things you do have.

There are of course some rare exceptions.

Politeness is a free and easy way of showing respect to everyone around you. It’s arguably the glue that keeps society civil – simple phrases like “please” and “thank you” let others know that you aren’t trying to kill them appreciate them.

Even if you are displeased about something – rudeness is never the way to go.

Clean Up Your Own Mess

Learning to clean up after yourself is non-negotiable as an adult, not least because other people shouldn’t be required to do it for you. But also because, you know, it’s a giant middle finger to planet earth. Imagine if no one took responsibility for their own mess? The whole world would look like the day after “Rock im Park Festival”, 365 days a year.

With that in mind – littering should come with a ten year prison sentence. And 20 lashings at dawn. Is that a bit extreme? Yes, as it should be.

It doesn’t matter where you’re from, or what you believe in, there’s simply no excuse for dropping your trash into the wind. Where do you think it’s going to go?

This doesn’t need an explanation, but I’ll hash this out for you anyway; lack of hygiene is disgusting and contributes to poor health.

It’s especially important if you subject yourself to other people – no one wants to spend any meaningful time with a person who smells like they’ve been living in the sewer.

Shower, brush your teeth, wash your hands, and rejoin society above ground. It’s quite easy.

Chalk it down to tech and dwindling attention spans if you will, but listening is a dying art. If people aren’t lost in their phone whilst they’re being spoken to, then they’re too busy thinking about their own opinion.

Listening – real listening, that involves sealing your yapper shut and giving someone your full attention – is a crucial part of healthy relationships. So many of life’s interpersonal problems could be avoided with proper, fully-engaged communication.

It could be said that life is unfair – but that shouldn’t stop you from trying to level the playing field. Everyone deserves a fair opportunity, right?

And that’s the overlooked aspect of cheating – it isn’t just a sneaky way to get ahead in life. Rather, it’s a way of screwing others over. You get ahead by throwing other people under the bus.

If you’re more inclined towards integrity, honour, and being able to sleep at night, then you’re better off playing fairly.

Want another really convincing reason to not cheat, and play fairly? TO MAKE MOMMY PROUD. Isn’t that what kindergarten (and life, sort of) is all about?

Let me know what are kindergarten rules you still remember that we could apply in adult life. Share your thoughts in our comments section, I would love to hear from you!

If you enjoyed this article, please do check out my other LIFESTYLE articles.

Thank you for reading! 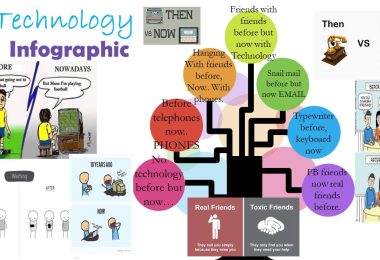 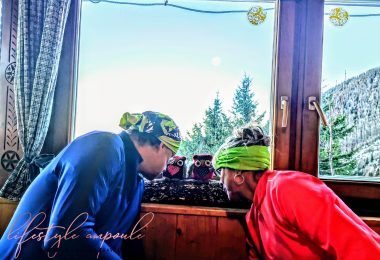